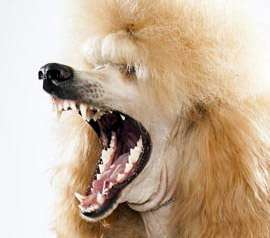 Originally identified by the Google security team in the latter part of last year, far from being a nice friendly cuddly dog this one has bite.

Poodle is one of the latest in a number of security flaws that has a wide reaching and global impact.

This particular vulnerability affects SSL 3.0 (Secure Socket Layer protocol) which was first developed by Netscape engineers for public release back in 1995 with version 3 being released the following year.

Secure Socket Layer technology continues to be improved and expanded as this is a method of creating a secure connection between a user browser and a server, which is an integral and growing requirement in todays increasingly web based society both socially and of course commercially.

Whilst exploiting this vulnerability is difficult to say the least and will probably lead to a limited number of targeted attacks, it’s serious enough for the industry globally to take notice and takes steps to eradicate any potential security holes likely to affect vendors or end users.

From an Autodesk perspective Autodesk Desktop Subscription products fall under this threat so with effect of 31 March Autodesk will turn off reliance on this method of software authentication.

Disabling this method of Authentication will have some effect on users so Autodesk are issuing a hotfix to repair the issue.

If you are an Autodesk Desktop Subscription client we recommend your review Autodesk’s licensing hotfix page and take the appropriate action in good time to avoid any disruption of service.

Autodesk Subscription Centre - How to Download Plug In Applications

How to use the Autodesk Subscription Centre - Free Webinar