For the past couple of months I have been reviewing BIM 360 Docs and waiting for something that I could use in a productive workflow. At last, something has appeared and a great addition at that. Issues have now been added to the BIM 360 Docs application and unlike Markups, they can be created on the mobile interface. What a great idea to be able to create Issues on your iPhone as you wander through a job site. (see images)

This is a welcome addition and now gives BIM 360 Docs real bite as a tool worthy of consideration in the world of BIM. It is now much more than a Document Management System and is on its way to stardom in the BIM 360 family.

Let’s first be clear here as to what Issues are. They are in fact nothing more than an observation that you wish to record and then action on, at a later time. In BIM 360 Field, Issues were assigned to companies of which there was an email address directed at the responsible employee. In BIM 360 Docs, Issues are assigned to project members individually. Something BIM 360 Field users have been asking for, for a long time. 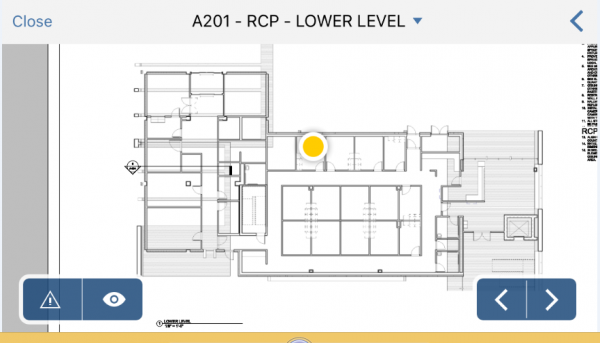 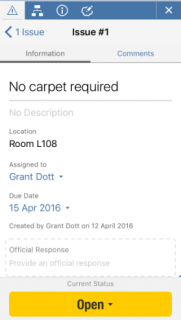 There are some hurdles yet to clear. Unlike BIM 360 Field, BIM 360 Docs does not yet have notification emails sent to the assigned project member. Notice I said ‘yet’. Notifications, along with being able to mark up a document on the iPhone, are surely not far behind in the release timeline from Autodesk.

This is a great start to a great application. If you have not downloaded the free trial and given it a go, I encourage you to do so.

If you are interested in knowing more about how BIM 360 Docs can assist your business, then please get in touch:

BIM 360 Field - Collaboration and Reporting In The Cloud

BIM 360 Field - The Construction Site is all about Safety?