The announcement of the January 19, 2017 Autodesk Fusion 360 Updates is brilliant news for designers, who will now be able to access an even more extensive range of tools through the cloud. There are improvements in a range of areas, including modelling, simulation, HSM and more – read on for more detail:

Amongst the most notable advances are those which affect sketching and modelling, core areas for those involved in product design. One of these updates means that the Global XYZ axes can now be viewed on the ViewCube, a change which had been heavily demanded, and which will give you a clear idea of the bearings of your object.

There are also four new selection filters for sketch, giving you more control over which entities are picked up in your selection. Other advances for modelling and sketching include an impressive transformation for the move command, a significant improvement for the convert command, and you now have the option to turn off projected sketches. 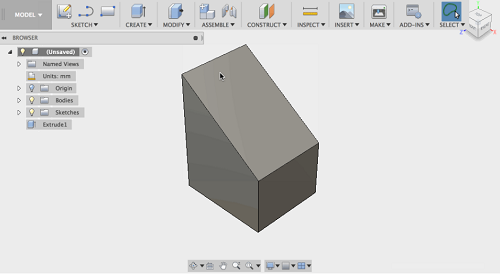 Another core area which benefits from many advances is rendering, which will ensure that your Fusion 360 design experience is better than ever. These changes have significantly enhanced the material library, with the appearance library gaining search, which will save time, and the personal library becoming synced to the cloud, in order to aid collaboration. There are a whole new set of in-canvas rendering controls for UI, giving you a far more detailed information set, including time elapsed, render quality and number of iterations.

In great news for engineers, the Fusion 360 CAM capabilities have been much improved; probing is now much easier, as stock probing is available, and the use selection point function can be utilised to define the probing touch point on the selected surface.

The addition of cloud CAM libraries is also fantastic news, as it gives you the power to save and sync templates and tools, so they are available for use from anywhere. There has also been significant progress as regards the HSM Kernel, with issues caused by model changes eradicated, so that your previews always reflect your design ideas. 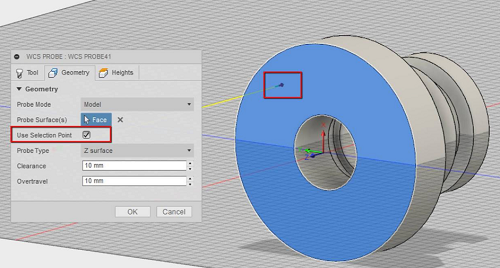 These improvements are part of a major push by Autodesk to turn Fusion 360 into a comprehensive CAM toolset with the cutting edge capabilities of the 2 and 2.5 axis machining of HSM. This level of functionality is essential for businesses wishing to get to the forefront of the industry, as it includes more efficiently generated toolpaths, which streamline the manufacturing process, as well as top of the range 2D strategies, such as facing, drilling, adaptive clearing and more.

The update also sees further advances in simulation for Fusion 360, with several of the inevitable teething problems which arose from moving this complex software to the cloud now resolved. For instance, issues with multiple load cases generating incorrect results have been resolved, whilst local solves have become more robust. In other important changes, results are now cached with designs, and compare is more easily visible beneath the simulation workspace.

This important part of the design process has been undergoing major work by the Fusion 360 team. The Nastran solver, which is one of the most powerful simulation tools on the market, has been brought into the Fusion Cloud solve platform, meaning that designers can share results instantly, which has the massive added benefit of the ability to run rendering in the cloud, freeing up computer space for other tasks.

With major improvements also made to the resiliency of Fusion 360, so data access is not restricted in offline mode, users will be impressed by the breadth and depth of the latest updates. To find out more about using Fusion 360 as a cloud-based tool for manufacturing, give our team a call now:

Tweet
Tags:
Fusion 360 tips
Creating Elliptical Walls in Revit
How to use the Fabrication CADMEP Attacher Arrow i...

Discover the power of the Fusion 360 CAM capabilities