If John Snow had Infraworks

If John Snow had Infraworks, he may have done something like this... 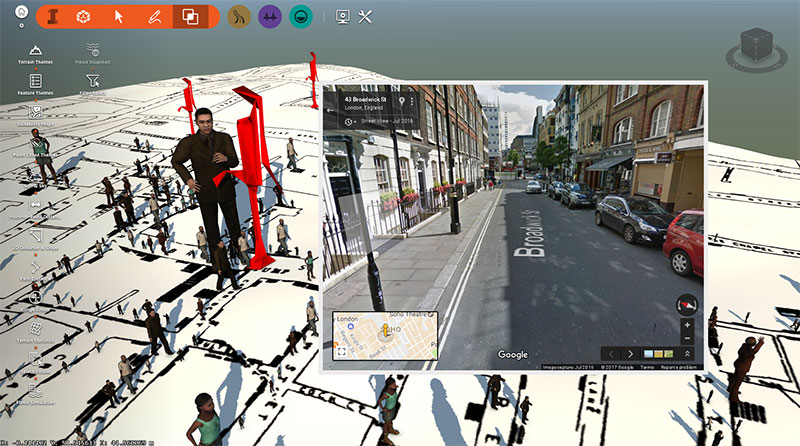 You know how it is. Saturday night, “Britain’s got the Great British Bake-Factor” is on the telly and you drift into deep thought.... about life, the universe and everything. Eventually settling on technology and how you can change the world. Then you wake, and think of all the things that technology has already done to change the world, and the people who actually did change the world! ...No? just me then!

John Snow is largely credited with inventing GIS. In 1854 he used a map to find out where a cholera outbreak was sourced from. Back then, it was thought cholera was an airborne disease. When he mapped out the deaths, he saw a cluster around a water pump. Disabling the pump prevented more deaths and proved that the disease was carried in the water.

I decided to take the original John Snow Map of London and update it with a Geolocation, then created a Shape file with attributes to show the number of deaths from Cholera. I used Model Builder to create the ground data and added the shape file giving it a style of people and a scale based on the number of deaths.

Hey presto, 20 minutes later, we have the proof that took quite a while longer in 1854... (complete with sad music!). Just a little show of how data and technology, and more specifically, Autodesk Infrastructure Software, can help change the world for the better.

If you'd like to learn more about Infraworks or our AEC training courses, please have a look at our training page and our Autodesk Certified e-learning site. Alternatively, you can get in touch with us on 023 8086 8947 of by following the link below:

More posts from author
Wednesday, 05 August 2020 What Have We Been Doing at Graitec? Events, Webinars, Training & More!
Tuesday, 17 March 2020 Working During A Crisis
Monday, 17 February 2020 Point Clouds In An Infrastructure Project Part Three

A Guide to InfraWorks Smart Labelling