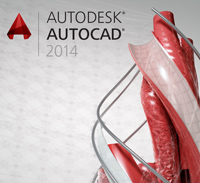 Is it possible AutoCAD has become obsolete since the introduction of Revit and other 3D modelling programmes?

It may have been left outside, shivering from cold, with the smart doors and windows firmly locked, however it’s certainly not dead.

Not yet at least. We’ll probably see its decline in the next decade or so, due to increasing client expectations, but for the time being it’s still alive and well.

Why is that? Is there an all singing, all dancing, secret world that the advanced AutoCAD users are keeping quiet?

Not quite. The ability of AutoCAD is enormous; it’s knowing how to unlock its potential that makes it so powerful. The same is true in all walks of life and is even applicable to Revit (AutoCADs younger, more attractive, adopted brother).

It’s human nature, given enough time, we get the most out of anything we use. Look how we approach natural resources for example or the way the smart phone is nearing the end of its lifecycle.

Even the wheel has been reinvented several times now – the function remains the same, it’s only the application that differs.

AutoCAD was originally created to replace the need for traditional drafting boards. At that point it’s not like all drafters suddenly dropped their pencils and donned their CAD(D) hats. Did they heck – they went out all guns blazing, not stopping to contemplate change until every scrap of paper was used and every nib was worn down.

The same is true about Revit. Maybe it’s the generation gap. We’re likely to hear the same grumbles from Revit users in years to come.

With all that to one side, the answer is simple.

AutoCAD is still a very relevant program and will be used for quite some time.

Without a doubt Revit will replace AutoCAD in the AEC market, just like Inventor has taken over in the machinery market but AutoCAD will always be around in some shape or form…after all it’s essentially an extension of the drawing board, and people need a way to convert ideas to “paper”.

While the intelligent modelling world is wonderful, programmes like Revit are geared towards a very specific market. AutoCAD can be used in all aspects of industry.

And that’s the reason AutoCAD is still relevant.

Tweet
Rendering In The Cloud With AutoCAD and Revit
Business As Usual – Apps, Updates & Lego Robots