Motion graphics, or ‘infographics’ as it is sometimes called, is a great way of providing information to customers in a form more interesting than a chunk of text. Typically in 2D, this form of media grabs the viewer’s attention, and with the help of pictures and/or symbols can be a great way of explaining something with the help of visuals to back up the text, in a quick, simple way that is easily digestible and ideal for presentations and sharing on websites and social media.

The Graitec Design and Visualisation team were commissioned by a company named Spill Consult who specialise in oil spill response, to make an animated banner for them in a motion graphics style. Spill Consult provided the team with the information they required to be included in the animation and their original logo, which they wanted to feature as the main part of the project.

This whole project was completed in Adobe After Effects which comes with plenty of text animation pre-sets, as well as the ability to key frame the movement, scale, rotation and opacity of each element in the composition.

The waves featured in the banner were animated using masks, another feature of After Effects, which were key framed to reveal the wave so that it gave the appearance of rolling in. While animating the text was a fairly straight-forward process which involved programming each bullet point to enter along a specified path, the more challenging part of the project was developing an effect that would give the waves the appearance of crashing down, as each section of the animation was swept off the screen to make way for the next.

Several methods were experimented with, including hand animating a drawing of the waves crashing down, but this looked too ‘cartoon-like’ and did not give the effect the client had requested in their brief. Some research was done into the creating the effect, and footage of real ocean waves crashing was referred to.

Finally, an effect in After Effects called CC Particle Systems was found to create the best result. This effect creates particles spawned from a specific point, which can be animated to move, and comes with several controllers which allow you to edit the size, amount, lifespan and colour of the particles, as well as giving you the ability to control other elements, such as the amount gravity and velocity that affects them. 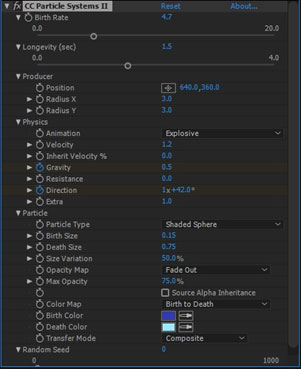 The end result was an animation of an easy to read list of information about the company presented in a form that is quick, eye-catching and simple. 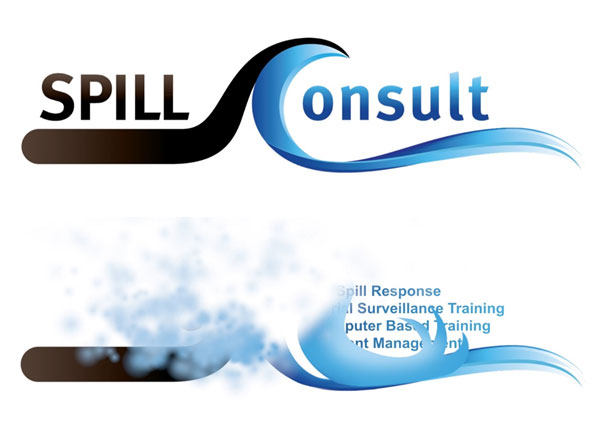 An infographic such as this would be ideal to share on social media as a way of quickly getting information about a company out into the public-eye in a way likely to grab potential customers’ attention. If you would like any more information about a motion graphics project or any of the other visualisation services Graitec can provide, just click the button below to request more information.