What is the Internet of Things and why is it impacting the Future of Making Things?

The Internet of Things (IoT) represents the future of a wide range of companies, including those in the manufacturing and construction industries. If you still haven’t heard, it involves connecting consumer or commercial products, machinery or other devices within a data network.

This effectively means that performance can be monitored remotely to collect usage information or even tweaked, in order to avoid technical failures and to create a more intuitive customer experience. 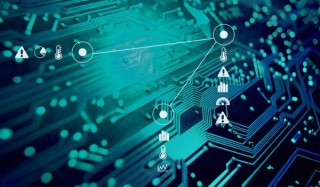 The Internet of Things has been an evolving space over decades and in many cases has been under the radar for most of the population until more recent developments in connected device technology, especially in the rapidly emerging mobile device market sector.

Carnegie Mellon University’s Coke machine became the first internet-connected product in 1982, paving the way for other steps forward for the IoT. Academic works of the early 1990s, such as Mark Weiser’s ‘The Computer of the 21st century’ helped bring the IoT closer to fruition.

These early concepts were only defined as ‘the Internet of Things’ after Briton Kevin Ashton created the title in 1999. Ashton coined the term whilst presenting at Procter & Gamble, but it did not properly take off until ten years later. 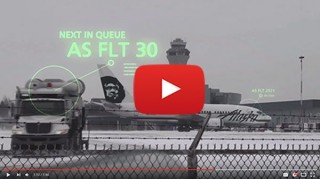 As IoT Analytics recount, the term began to attract some buzz during the summer of 2010. Google StreetView’s extensive data storage led people to wonder whether the company was trying to create an index of the physical world, and in 2011 Gartner placed IoT on its ‘hype-cycle for emerging technologies’ list.

When Google bought out Nest, a company which creates connected products for homes, in 2014, the IoT started causing serious industry hype. Since that time, Google Trends data shows us that the term ‘internet of things’ has attracted far more interest than related, yet separate terms such as ‘internet of everything’, ‘industrial internet’ and ‘machine to machine’.

It is especially interesting to note that the IoT has become a more influential term than machine to machine (M2M). Whilst M2M offers a basic definition of devices interacting, as Daniel Burrus wrote for Wired, it does not comprehend the complexities of the IoT, which refers to sensors, which measure and evaluate data, providing a more complete set of information to the system.

Burrus uses the example of a fatal bridge collapse in Minnesota in 2007 to emphasise the impact sensors can have on production. He argues that in the future infrastructure must be fitted with smart cement, which can monitor and evaluate issues, and help to prevent catastrophic incidents. 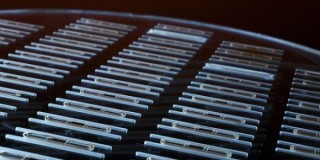 It is hard to overstate the importance of the IoT for industry. Autodesk estimates that by 2020, the Industrial Internet will make up 16% of global GDP; this figure will only get bigger over time. The Internet of Things will grow its capabilities to create interconnected systems, where disparate objects can make decisions for each other. What we have seen so far is only the tip of the iceberg.

Technology research firm Gartner have calculated that in 2016 the amount of connected things globally will rise by 30% to 6.4 billion. They predict that this will rise exponentially to 11.4 billion by 2018.

The momentum of the IoT is a boulder that has started rolling inexorably down a hill. According to Autodesk, 95% of companies have already started some form of connected asset service, 42% of which are making over $1 million in incremental revenue.

Yet despite all of this forward momentum, one stumbling block is the lack of widespread consumer knowledge. A survey by the Acquity Group found that, remarkably, 87% of respondents had not heard of the IoT. Although the report also found that 30% own an IoT product, the lack of awareness suggests that there still needs to be a major attitude shift in order to establish the Internet of Things at the height of its abundant potential.

There is no doubt, however, as to the unbelievable potential of the IoT. It can apply to a basically infinite range of issues, from air pollution, to water leakages, to shipment conditions. All manner of industry will be deeply affected, which emphasises the importance of creating mass awareness. 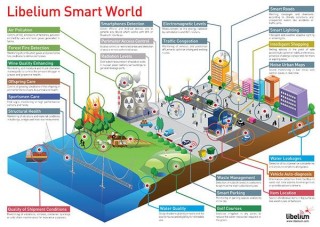 One industry that is embracing the IoT wholeheartedly is automotive, with Gartner estimating that 250 million cars will have wireless network connection by 2020. James Hines, research director of Gartner, said ‘the connected car is already a reality, and in-vehicle wireless connectivity is rapidly expanding from luxury models and premium brands, to high-volume mid-market models.’

The IoT is revolutionising manufacturing, and customers are now beginning to expect interactive, smart products.

Another area where the IoT can play an important part is transport infrastructure. A great example of this, as shared by Autodesk, is shown by the de-icing process at Seattle-Tacoma airport. Before the advent of the IoT, de-icing operations were sluggish, and multiple flights were delayed, impacting the customer.

Now, with help from the Autodesk Fusion 360 management platform, each aeroplane de-icing job is monitored, and the system allocates fluid supply accordingly. This has eradicated the previous issues, and shows that, far from being a futuristic luxury, the IoT is actually a vital cog in the running of everyday life.

You can read the case study here. 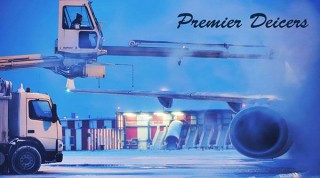 Another sector where the IoT is already creating new ROI revenues is in sport. This impact stretches from the heights of professional competition to individual amateurs. The Guardian cited the example of the 2015 Rugby Union Six Nations championship, where each match produced two million rows of data, which equates at 1,400 individual moments, which were then consumed by broadcasters and coaches, who could drill players accordingly.

The IoT can also transform the work station environment, as tools can now all be connected within one network. Autodesk’s User Interface group have created an interactive workbench, which senses the objects placed on it, and guides users through their projects.

This sort of application is a great example of how the Internet of Things can reach the individual consumer, who can create their own network without relying on a broader system. This again highlights the importance of spreading the word, as the 87% who have not heard of the IoT represent a big untapped market.

One possible question mark over the future of the IoT has been the question of security. However, Gartner have shown that IoT security spending will increase by 23.7% to $348 million in 2016, before rising to $547 million in 2018.

In order to achieve widespread adoption, it is going to be important for companies to demonstrate a serious commitment to security, as otherwise this issue could prove off-putting to potential customers.

However, as Jacob Morgan of Forbes succinctly puts it, in the future ‘anything that can be connected, will be connected.’ This should be a mantra that rings out across every industry; the Internet of Things is the future, and its potential is infinite.

If you have any enquiries, please send us a message:

An Overview of Autodesk Inventor Bill of Materials (BOM)

An Overview of Shared Views in Autodesk Inventor

Is 5G Going to Revolutionise the Manufacturing Industry?