What is VR and how is it transforming Architecture?

Virtual Reality (VR) is the remarkable technology which is transforming a wide range of industries, including architecture. For the uninitiated, VR recreates an environment in the form of computer technology, creating in the process an immersive sensory experience for the user.

There is no doubt as to the potential of VR within the field of architecture. Olivier Demangel, of IVR NATION, showed Dezeen a 90% realistic VR model of a house, which is an example of the way that prospective projects will be evaluated in the future. Demangel believes that virtual architecture will be able to match reality within five years, with an interactive experience proving essential for architects. 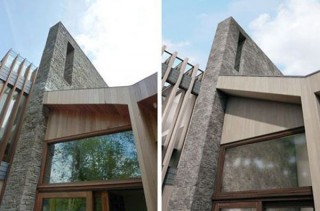 VR is disrupting the architecture industry, changing client expectation, and the nature of the design process. Sarosh Mulla’s article for Architecture Now highlights the progress of 3D simulations for Autodesk Revit in New Zealand, and talks about how the industry is being altered. Mulla argues that the experiences architects make will become more ‘hybrid’, and that, through education, the gap between theory and practice will narrow.

As part of a wider shift in the industry, VR will help bring collaboration to every level of projects. Fast Co Design cited an NBBJ project in Silicon Valley, where dozens of team members were able to partake thanks to the power of VR, which meant that large meetings were negated in favour of separate experiences of the virtual 3D environment.

VR offers clear benefits to the architectural industry. Arch Daily listed five crucial advantages; foremost being the competitive edge gained over rivals using simple computer renderings. Second was the opportunity to lead an industry trend, and thirdly there are low start-up costs. Fourth is one of the main benefits, which is the avoidance of reworking, and finally is the chance to thoroughly simulate real-world scenarios. All of this could lead to a rise in the use of virtual reality service providers, however most architecture firms will want to keep things in house.

It is only natural then that here at Graitec we are getting involved. We will be offering our own VR service for customers to evaluate their building designs. You can read more about our VR project in our blog on virtual reality services, and for any other queries on the matter, contact us now.

To read more about the exciting progress of Virtual Reality, look below:

VR took its first baby steps in the 1960s, with Sutherland and Sproull’s head-mounted display (HMD), created in 1968, proving a key moment in its evolution. By the 1990s, VR had become closely associated with the video game industry, with Sega creating a series of products aimed at building a more immersive gaming experience. More recently, Google’s Street View service expanded the possibilities of recreated environments exponentially in 2007, as VR began to fulfil its massive potential.

Wired’s informative article, ‘Total Immersion: How VR is transforming everything from education to medicine’, gives an overview of the industries that will be affected by it. One slightly surprising industry mentioned is that of medical therapy.

The article tells how Chris Merkle, a former US soldier, was able to recount his war experiences through a VR headset, which was part of the process of overcoming his trauma. This goes to show the extremely positive impact that VR can have on a range of industries. 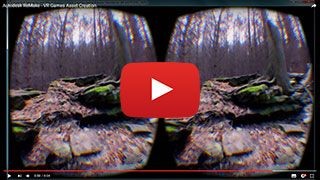 Virtual Reality has almost infinite potential. The Atlantic highlight Google’s upcoming Expeditions project, which will be able to send students to the Great Barrier Reef for virtual scuba diving and other such previously unthinkable possibilities.

The head of Google’s VR programme, Clay Bavor, points out the potential to ‘see the world through anyone’s eyes’. Meanwhile, David Laidlaw, of Brown University, believes that within 100 years the VR experience will include haptics, meaning that all of the senses can be simulated.

Virtual Reality is set to achieve unbelievable things in the 21st century, and all forward-facing industries will need to be involved. If you have any enquiries, please send us a message: