Will The Cloud Accelerate BIM For Construction?

It goes without saying the government have very ambitious plans for the construction industry in the next ten to fifteen years. It’s expected the global construction market will grow by over 70% by 20251, meaning a likely rate of construction we’ve not seen since the 1930s. This loosely translates to a UK growth rate of 4.3% each year until 2025 – a seemingly tall order.

Why are they predicting such a boom?

Well for one there are the early signs of a country in recovery. The Office of National Statistics has been reporting a steady growth in the UK economy throughout 2013, giving the public a much needed injection of assurance. And with the surge of consumer confidence growing we’re likely to see a return to form.

Areas such as Retail are expected to grow, as abandoned buildings from 2009 show more promise, and start-ups climb towards a sturdy improvement of 24% in 20142. The Hotel and leisure industry are also likely to see a rise - with the number of rooms added or refurbished increasing throughout the recessionary period.

With these and other areas, such as offices and industrials, the private sector is forecasted to grow by 9% in 2014, with the largest focus being on London and other large cities like Birmingham and Aberdeen. This is good news for the construction industry but again hugely dependent on the confidence of the private sector to encourage sustainable growth throughout a recovery.

Perhaps another factor of the predicted increase is the need for housing in general. Britain currently has its highest birth-rate since 1972 and the UK population is expected to grow to over 70 million by 20303. With this and life expectancy continually increasing there’s certain to be a clear demand for places to live in the future.

To support these drives the government has outlined a set of clear goals, within the Construction 2025 plan. These include lowering the initial and lifecycle construction costs by a third and halving the overall delivery time, from inception to completion, for new build and refurbished assets.

So how will we achieve this?

Without jinxing an entire industry, we’re well on the way to creating a more efficient and effective building method. The primary concern for any industry is eliminating excess waste and the construction industry is no different. 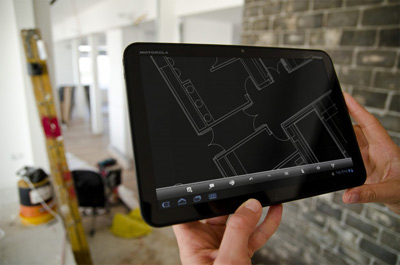 Since the ‘invention of BIM’ we’ve been preparing for the next industrial revolution and this custom, fit-for-construction mechanism, will be the vehicle to take us there. Government have already outlined their stance by mandating BIM for all centrally procured Government contracts from 2016 onwards, meaning the industry must meet these standards by then.

There’s no doubt BIM adopts a heavy influence over both industry and risk mitigation. We can now send the entire construction team the information they need, when they need it - be it to client meetings or real-time construction sites, but that power is only accessible through the advances of technology and the move towards a digital design environment.

We can now analyse what works and what doesn’t work, through every step of the construction process, and what’s more we can run these simulations in a matter of seconds, meaning there’s little or no excuse for errors or waste to occur.

Despite the recessionary lapse of our economy BIM adoption rates have continued to grow, in fact they've expanded from approximately 17% in 2007 to 71% in 2012, and though external factors should be taken into consideration (such as the government mandate for example), an increase that big is fundamentally down to one key fact – BIM works.

With the shift from desktop to cloud computing we can expect to see a real transformation in the way we interact with BIM data moving forward. Those not utilising the capabilities of BIM are truly falling behind and in real danger of missing out on the accuracy and quality it provides, as well as keeping up with an industry in transition.

Over the coming years BIM techniques will become the norm and perhaps then we can finally say goodbye to the cliché “BIM Boys”, “BIMing” this and “BIMing” that, and just appreciate a more rounded, intelligent and efficient shared practise across an industry that’s been stagnant for too long.

If you have any BIM enquiries, please send us a message:

Business Continuity and the Coronavirus Pandemic. It’s in the Cloud.

Architects, Engineers, Fabricators and Contractors – Join us for a Global Digital BIMUp Conference

Bim for Manufacturing in 2016 and Beyond